Welcome to The Queen’s School! 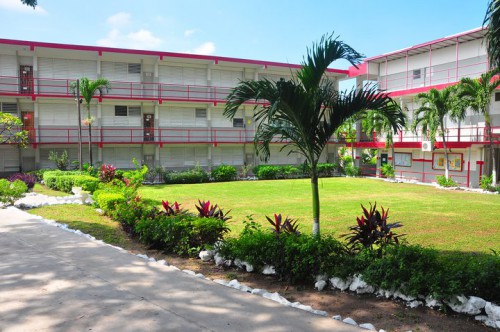 The Queen’s School is without a doubt the # 1 all girls school in the island as we continue to excel in academics, co – curricular activities and sports. Read more …

The arrival of the Minister of Education, Youth and Information, Senator the Hon Ruel Reid.

Principal, Jennifer Williams and Board Representative welcome the Minister.

The Minister addresses the school community.

Head Girl Sherika Smith gives a token of appreciation to the Minister of Education, Youth and Information, Senator the Hon Ruel Reid

The Board Representative, Principal and Minister testing out the Chest Board at the newly developed park area.

The cadets salute at the departure of the Minister and his party.